The reach of Facebook has been one of the most positive progression for the eCommerce ecosystem. This is the main reason that most of the web store owners wants to utilize this social media platform in order to make sure that there product is well reached to the customers and at the same time they get better responses on their web store. The idea of using Facebook has innovated a lot in the recent times. The eCommerce store owners have come up with numerous idea to make use of Facebook.

The Prestashop stores are also trying to make the store a more known and better place for the customers. The availability of multiple modules that can leverage the power of Facebook in order to gather a better traffic to the web store has made it more convenient for web store owners to spread out the word regarding web store’s presence. The numerous numbers of available modules makes it easy for the web store to utilize different aspect of Facebook for the better results.

We may discuss some of the Prestashop Facebook plugins that area must have for every Prestashop store owner to turn up their site as a profit engine. 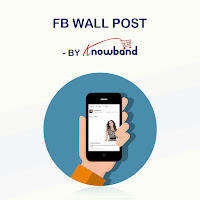 The idea of making the Prestashop store grow better and get more conversions, the web store owners need to introduce various plugins. These plugins acts as an enhancing source to improve the customer’s interaction with the store content on Facebook. Therefore, the web store can leverage the power Facebook to make better sales.

This Would Also Interest You:

Knowband
KnowBand boasts of the best in class industry plugins for eCommerce sites. We provide plugins for platforms like - Magento, Prestashop, and OpenCart. We have a dedicated support team that is ready to help you always.